Looking for Something?
Navigation
Browsing Category 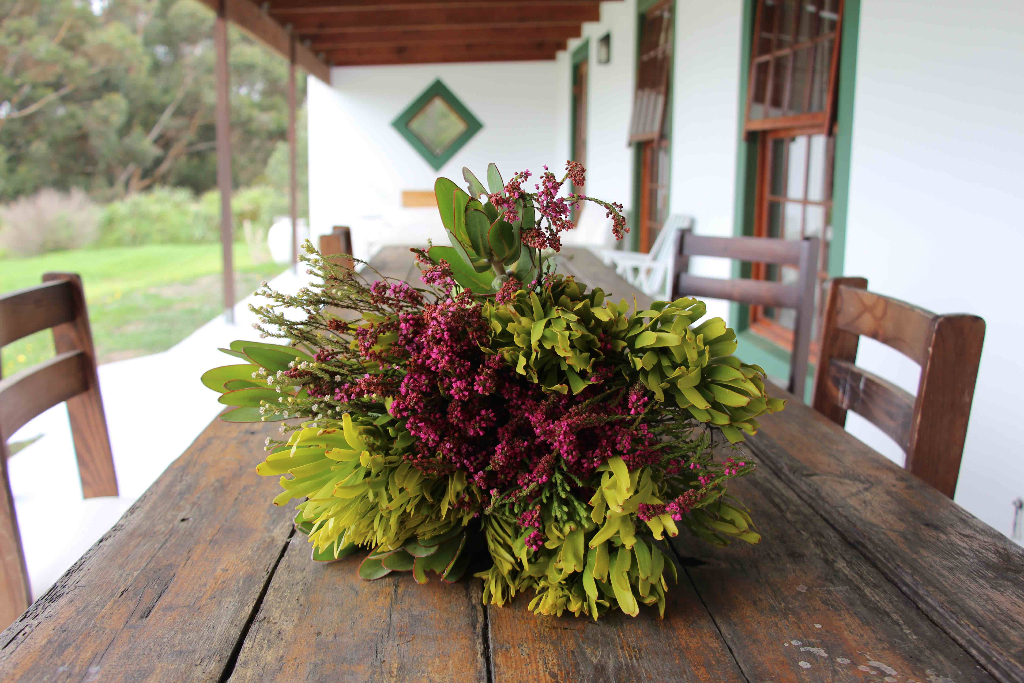 Having grown up hiking the streams and hills of California, I never thought of myself as some sunshine-deprived “city girl”. Surely not, as a card-carrying REI member! Never mind that survival gear shopped for include the thickest possible sleeping mats and Packtowl travel bathrobes – which happen to also double as essentials of the X-Ordinary Vagabond lifestyle. I considered myself well equipped for living in rustic wilderness, just roll me and my Tumi suitcase towards the rugged path of nature.
Little was I prepared, when suddenly whisked away from Beulah Lodge and my daily scrumptious English breakfasts (X-Ordinary Vagabond-in-style), to visit Rep’s next South Africa Venture location: Beloftebos, a Garden of Eden nestled within the rambling countryside of Stanford. Just a two hour journey along stunning coastline away from the bustling neighborhoods of Cape Town. After the half hour drive down gravelly country roads, the insubstantial of city life passes away and one encounters an evocative land so robust in its nature, the difference can be tasted.
To my chagrin, I discovered that urban dwelling with its efficient distribution of produced goods has deprived me of delectable delights that simply had never tasted so… real before. Upon arrival at our cottage, a lavishly furnished 4-bedroom house dressed in farmland shabby chic, we sat down to an unexpected gifting: A cream-topped carafe glistening chilled. “Freshly squeezed”, I came to one of those existential ponderings – Can one have truly lived life without ever having tasted real milk before?
With acres and acres of wheatfields, grazing cows and napping sheep as far as the eye can see, Beloftebos is a working farm that also shelters an exquisite fairytale woodland for weddings that only nature and imagination can conceive.  Only after talking with the understated owners, Andries and Coias de Villiers does one uncover the loving hands and romance that created a venue that is now renown as one of the top wedding locations in South Africa.
Beloftebos, which means “Vows in the Forest,” was inspired long before Andries and Coia’s own matrimonial exchange beneath the ancient oak trees on the property. Originally planted 130 years ago by an ancestral uncle in remembrance of his farm-founder parents, Andries and Coia are but the newest addition to a long heritage of love and family that has cultivated this wilderness into pasturelands for five generations of de Villiers. Andries traces his faith heritage as far back as the French Huguenots, who, as refugees from religious persecution, arrived on South African soil to start a new life.
We took a drive through winding hills to search out individual cottage gems hiding at the end of rustic dirt paths. It was here I realized that a common misperception by those of us less bucolicly-oriented, is that simple farm life is a form of rudimentary suffering. Instead, in each cottage we visited, I found depth and meaning behind every handmade piece of furniture. From carefully crafted architecture of naturally exposed woodbeams to feather-fluffy duvets covering kid-dream attic loftbeds, the touches of comfort and simple luxuries of rich butter and country bread and anachronistic iron stoves made me second-guess every Pottery Barn purchase I’d ever made.
I cannot put it into words, the magic of Beloftebos. Perhaps the fellowship of farmers here, in their silent, serious ways attest to a distinct awareness and respect for something primally spiritual in the environment. Life is simply, more Real here. The raw beauty of the lands, the friendly warmth of a tottering red calf sucking on your fingers, the disturbingly layered aromas of fragrant fresh butter, the husky branches of heather gathered in bouquets still shimmering with morning dew – Beloftebos evokes in your heart a deep communion with land, love and covenant. One understands instinctually, that the sacred Presence of God rests here and blesses Beloftebos, the forest where eternal vows are made. 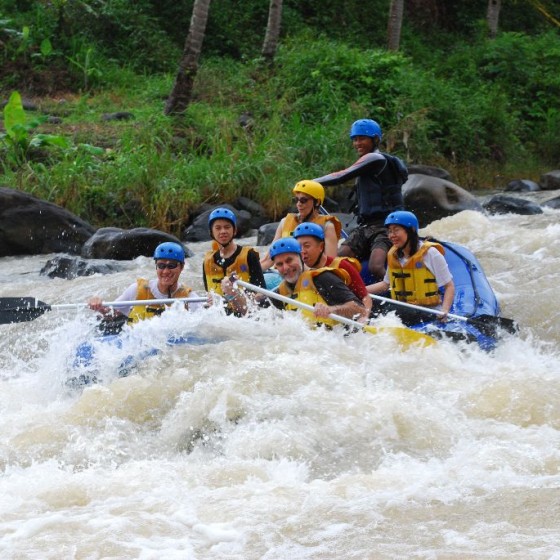 More than anything, my first days on the X-Ordinary Project have challenged me to rethink my understanding of risk, and reward.

Errol J. Smith is one of the many senior executives that we’ve met in Cape Town. I was taken in by Errol’s sense of adventure and inspired by how he pushes managerial risk-taking into an intimate exercise of hearing and following closely to God’s direction.

Read about how this intrepid, white-water kayaking executive found his business venture about to overturn amidst turbulent waters when he had a personal encounter with a marketplace miracle.

In his own words…

During my time heading up The Institute work in Jakarta, I commuted between South Africa and Indonesia. I was privileged to experience and witness many direct interventions by the Lord in what He was doing in and through business in Indonesia.

Though, in much of the work it would, in normal terms, be considered “tough times”, it was actually a “thrill a minute”. This was because I never really knew when the Father would step in and redirect me and others so that, what He wanted to accomplish, could be realised.

One such occasion was in November 2008 when we were hard at work preparing for a multiple client engagement (termed “Venture”) in Jakarta.

“One client had indicated that he was going to come. We were nine short.”

We had done all the usual pre-work that is all part of the normal preparations for the Venture. The visiting team of consultants from the USA and some from South Africa were getting their preparations finalised. We had trained a local Jakarta consultant team and had worked hard to recruit ten clients.

Near the end of the week before the Monday when the Venture was due to start, one client had indicated that he was going to come. We were nine short.

I was being asked by our USA, South Africa and local offices if we should abort because, without clients there was not much point in everybody traveling all that distance with nothing specific to accomplish.

Of course, the Lord and I had been deep in conversation over what, to all human accounts, looked like a disaster about to happen. Then Father confirmed to me that He was going to turn up for the Venture. Immediately, I was given a picture of that an enormous party – reminiscent of the biblical Wedding Feast, was going to take place over that period, but I had no idea what shape it would take.

I immediately sent out an email to all concerned that they must all arrive as planned because Father had plans to turn up. And His presence was all that was needed for a huge event. At this point I really didn’t know what everybody thought, but they all arrived.

That Saturday we had planned a presentation by Brett Johnson on the subject of Kingdom Capital in Bandung. I don’t know what impact that meeting had on everybody else. But my partner, Campher Serfontein and I had some strange things happen to us.

Campher came to me at one point at the meeting and said the Lord had told him to sponsor two clients for the Venture. I still didn’t know what was stirring inside me but, when he then later came to me and said that he wanted to sponsor ten clients, I told him that was not going to happen because the Lord had told me to also sponsor clients. I told him that he could sponsor five and I would sponsor five. By then, Campher and I had been partnering together for some time.

This was Saturday afternoon and the Venture was due to start on Monday morning. Strange though it may seem, but neither Campher nor I had enough free capital to sponsor a single client.

Anyway, that afternoon I sent out an email to all the local networks of business folk and support groups to announce that all clients that turned up for the Venture would be sponsored.

By Sunday lunch time we still only had the one original client on the list.

Campher meanwhile, had received scripture on that Sunday to trust the Father and go out to invite those on the streets because, those that had been invited, had not responded. Sound familiar? Both he and I were recalled to the parable of the wedding feast described in Matthew 22. He then phoned me, neither of us were prepared for what transpired next.

By that Sunday evening, we had seventeen clients apply to attend the Venture. Now we had another problem. We did not have enough consultants to deal with all seventeen clients! That lead to some more discussions with the Father and we managed to settle on twelve clients that we told could attend.

The others we had to very gently tell that they had not been successful.

On Monday morning thirteen clients arrive. The original client that had booked did not arrive. ByTuesday, we were down to twelve clients.

However, by late afternoon on Monday, my client announces to me during a break that there was no way that they could accept a sponsor. They wanted to pay their own way. That (though shared with me in private) seemed to be the catalyst that opened the gates for each client to privately express their desire to pay their own way. The reason generally was that they were so gripped by what God did in them during the Venture that they felt that they wanted to give back something.

“And some say there is no God. Are they in for a surprise somewhere down the line!”

By the end on the Venture there was only one client who did not pay the whole fee for the venture.

All the other clients paid the whole fee and Campher and I did not need to make any contribution.

All costs had been covered.

The power and impact of what happened to everybody (clients and consultants) during that Venture are stories for another place and another time. I can just say that, for my clients and myself, it was a time that none of us will ever forget.

And some say there is no God. Are they in for a surprise somewhere down the line! I hope they meet Him soon and enjoy such experiences and a relationship that makes me want to say again;

Of course there is so much more amazing detail around this whole saga that, telling it, would take another book.

This is also but one story of the many amazing experiences and miracles that I had and experienced during my two and a half years commuting to Jakarta. I know of many others there who also have many amazing stories to tell of how Father moved among and through us all to accomplish His plans and purposes in us and there.

Would I do it again? What a question! Five years later and I’m still processing!

Virendra Vase shares about how he became one of the first consultants to bringing faith into the marketplace in South Africa, over ten years ago with Rep.